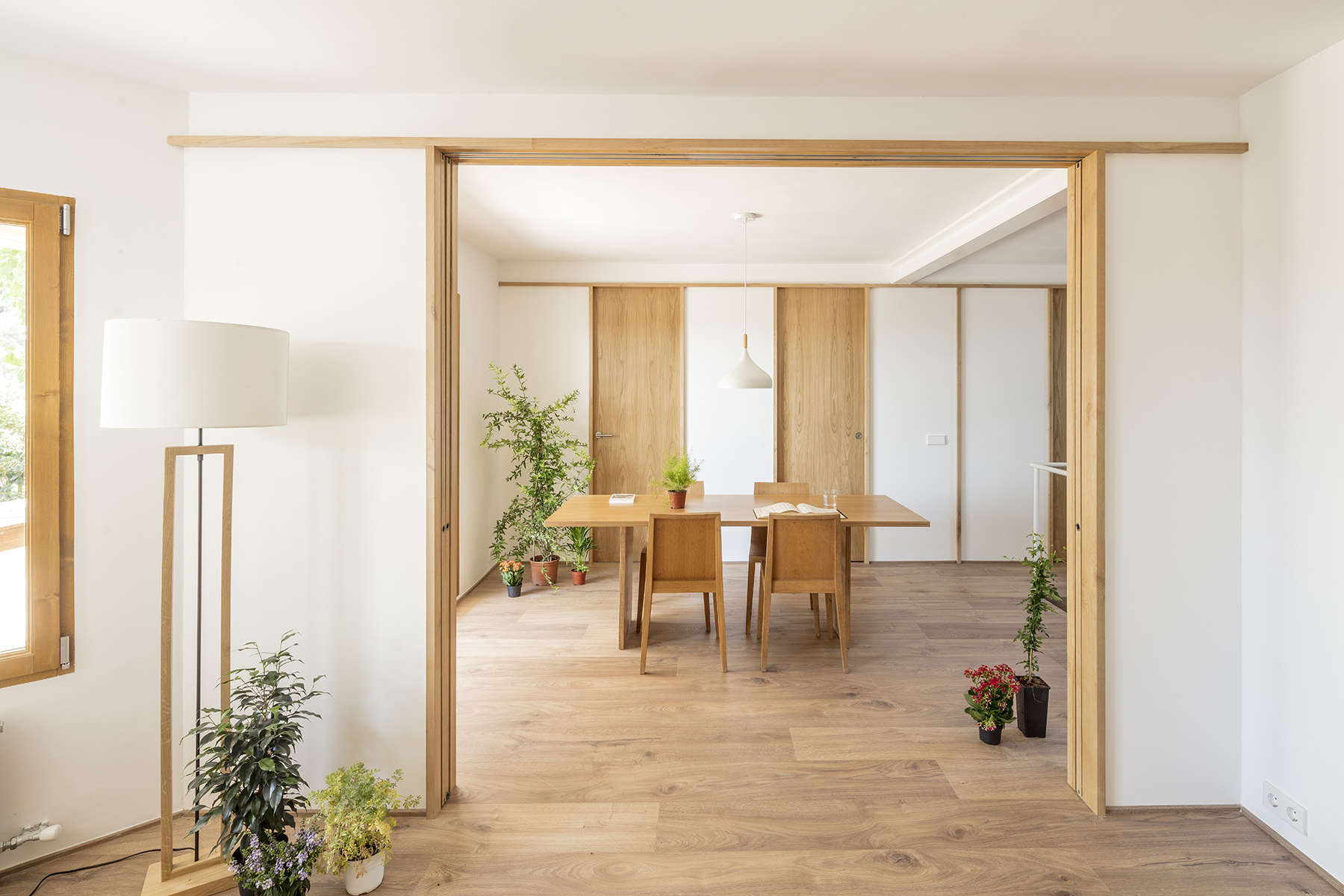 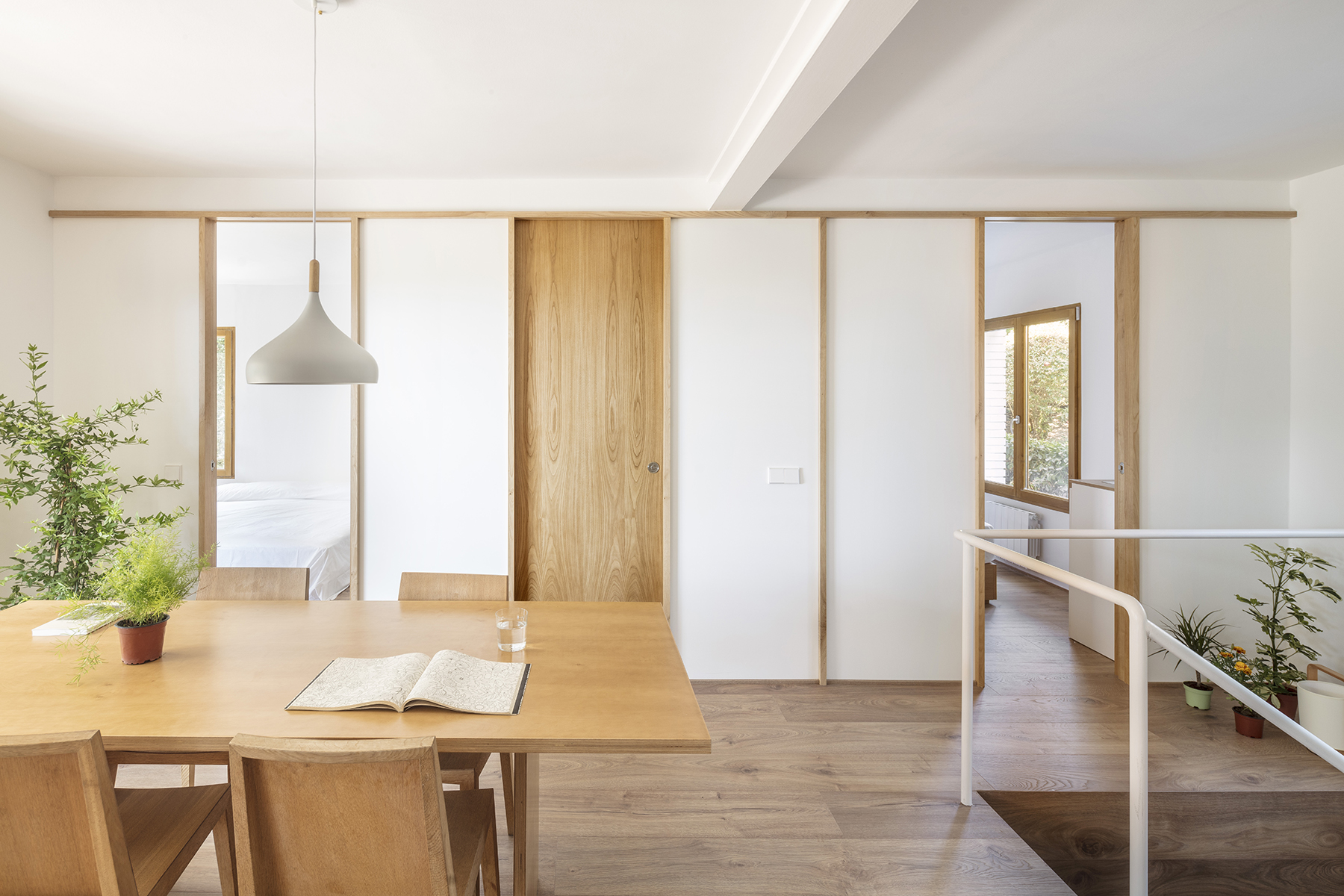 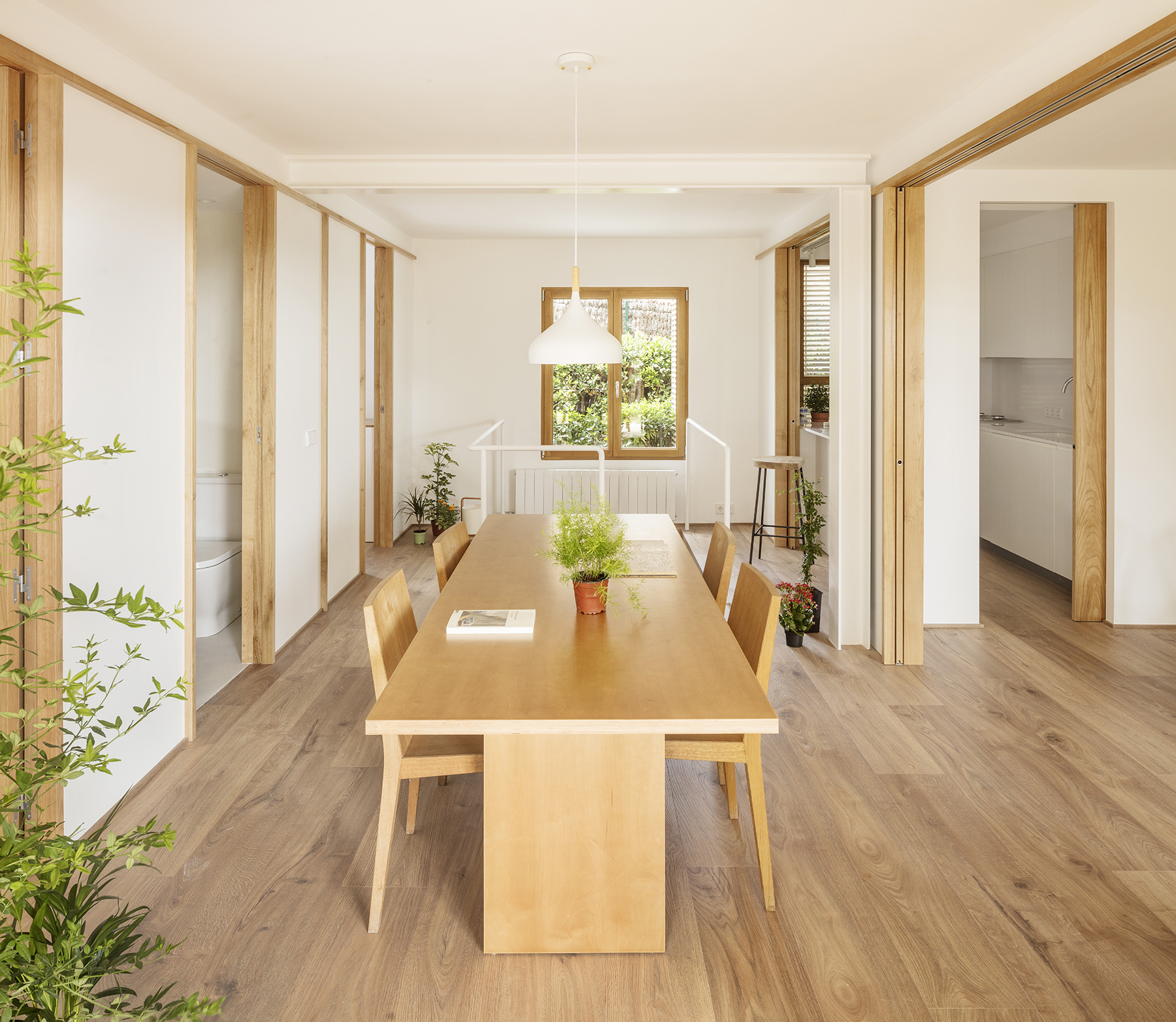 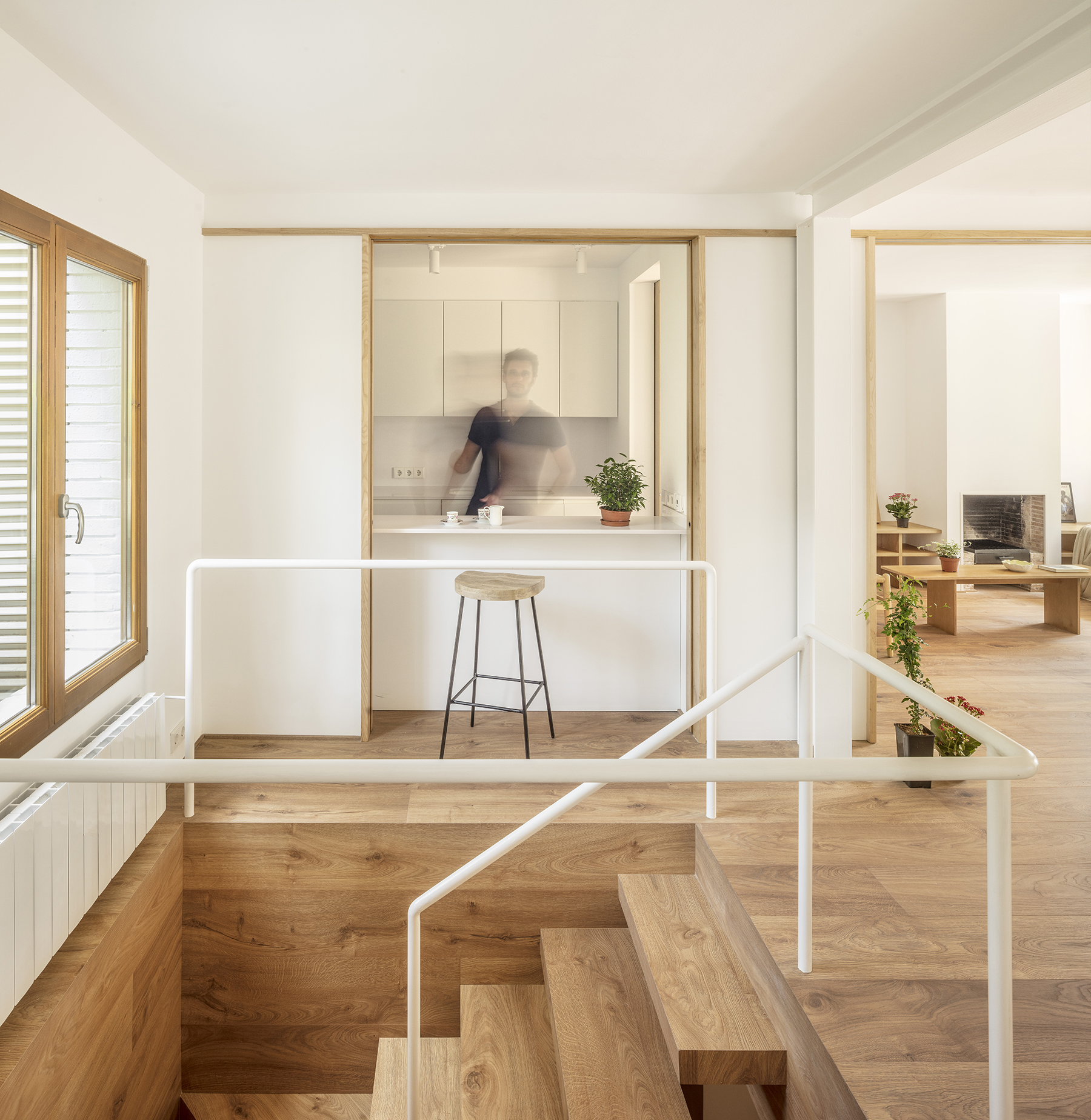 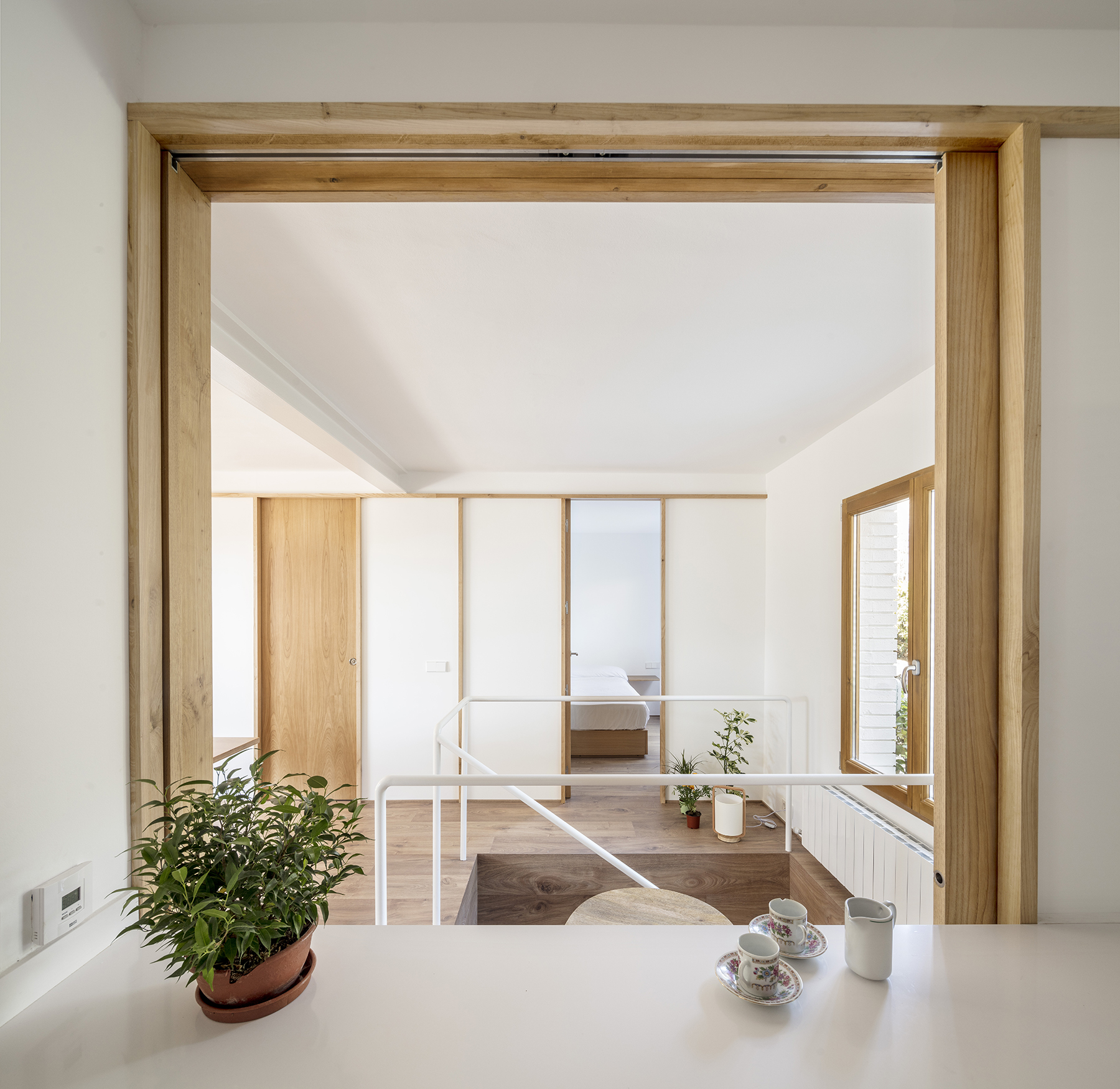 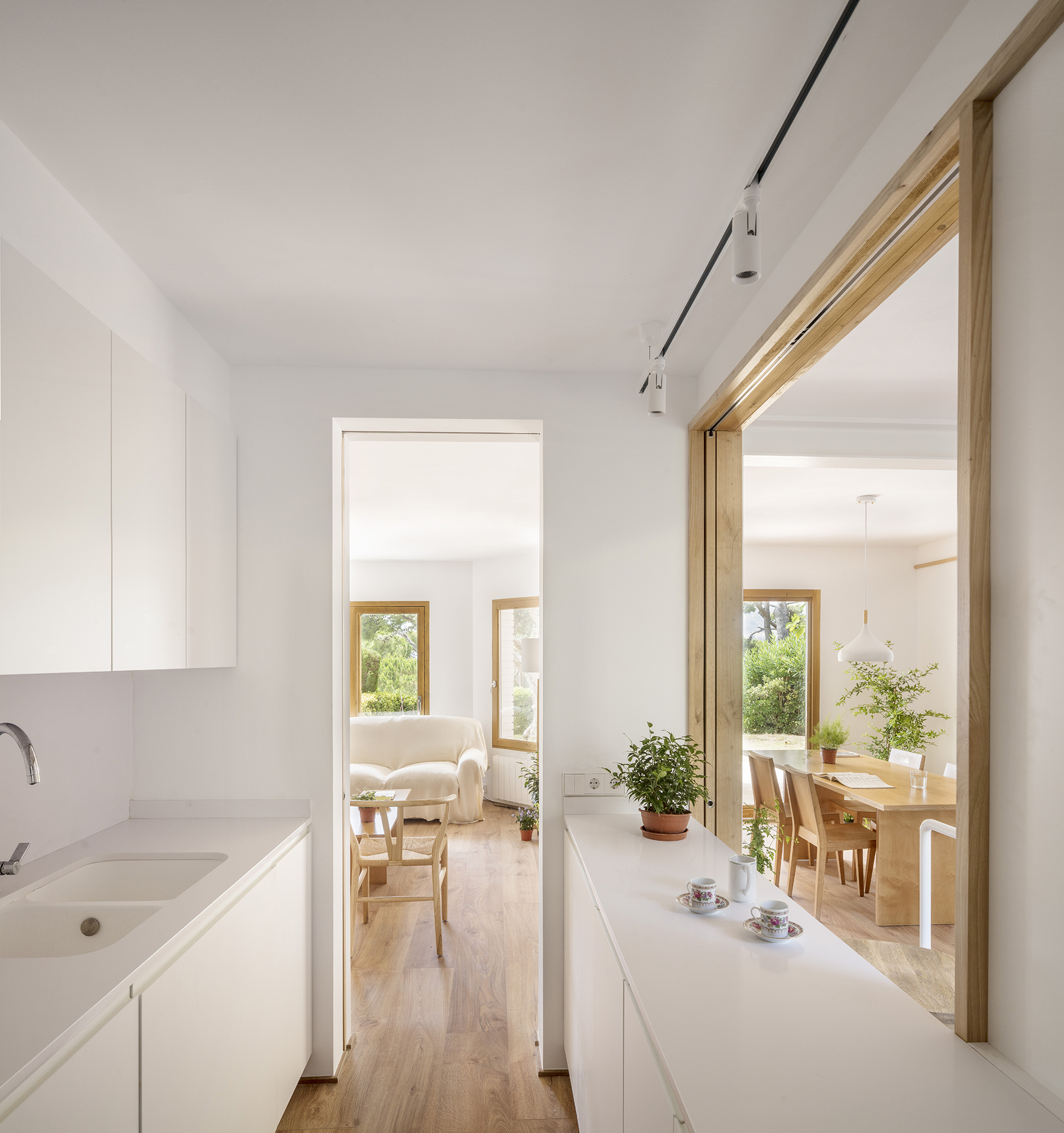 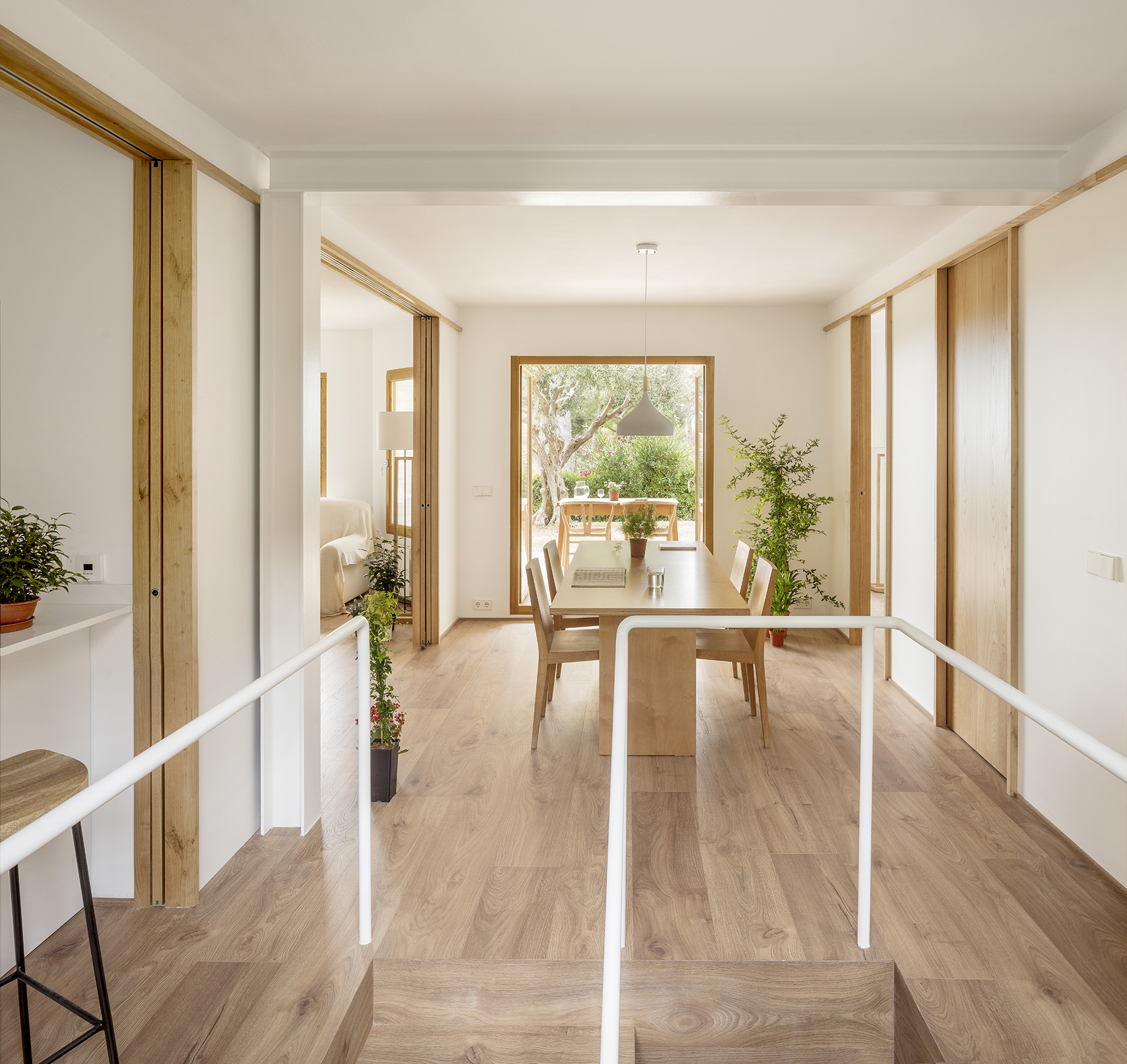 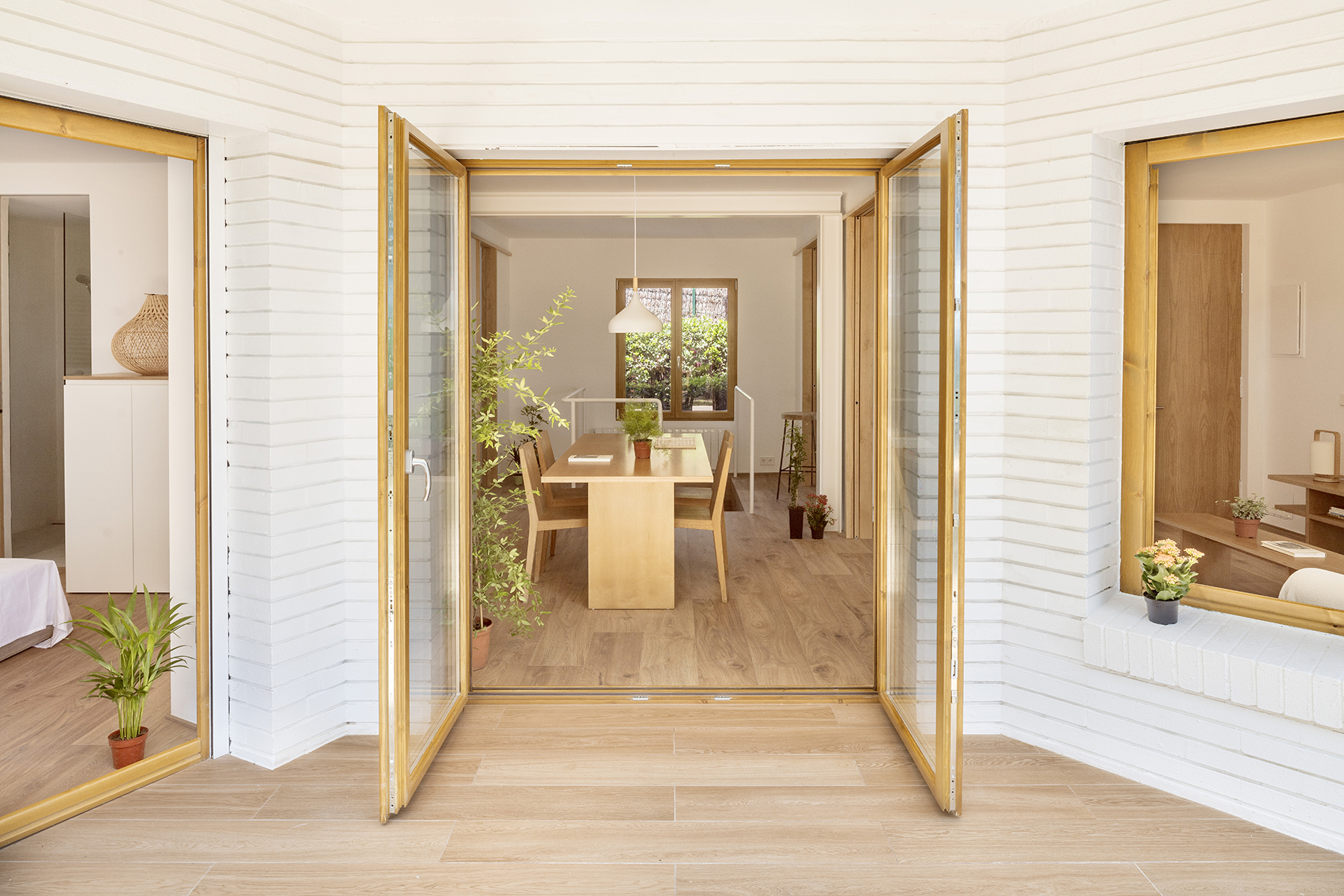 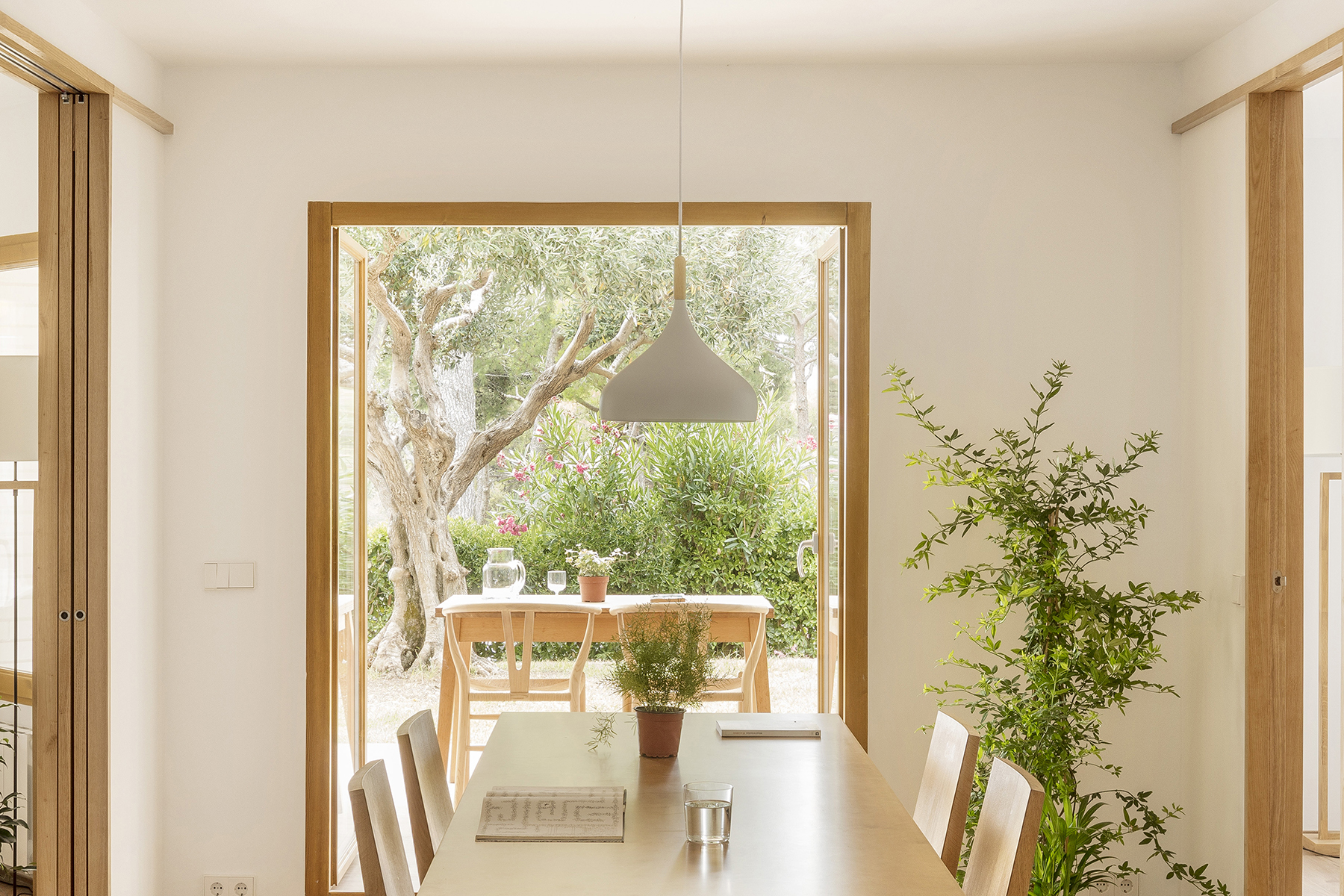 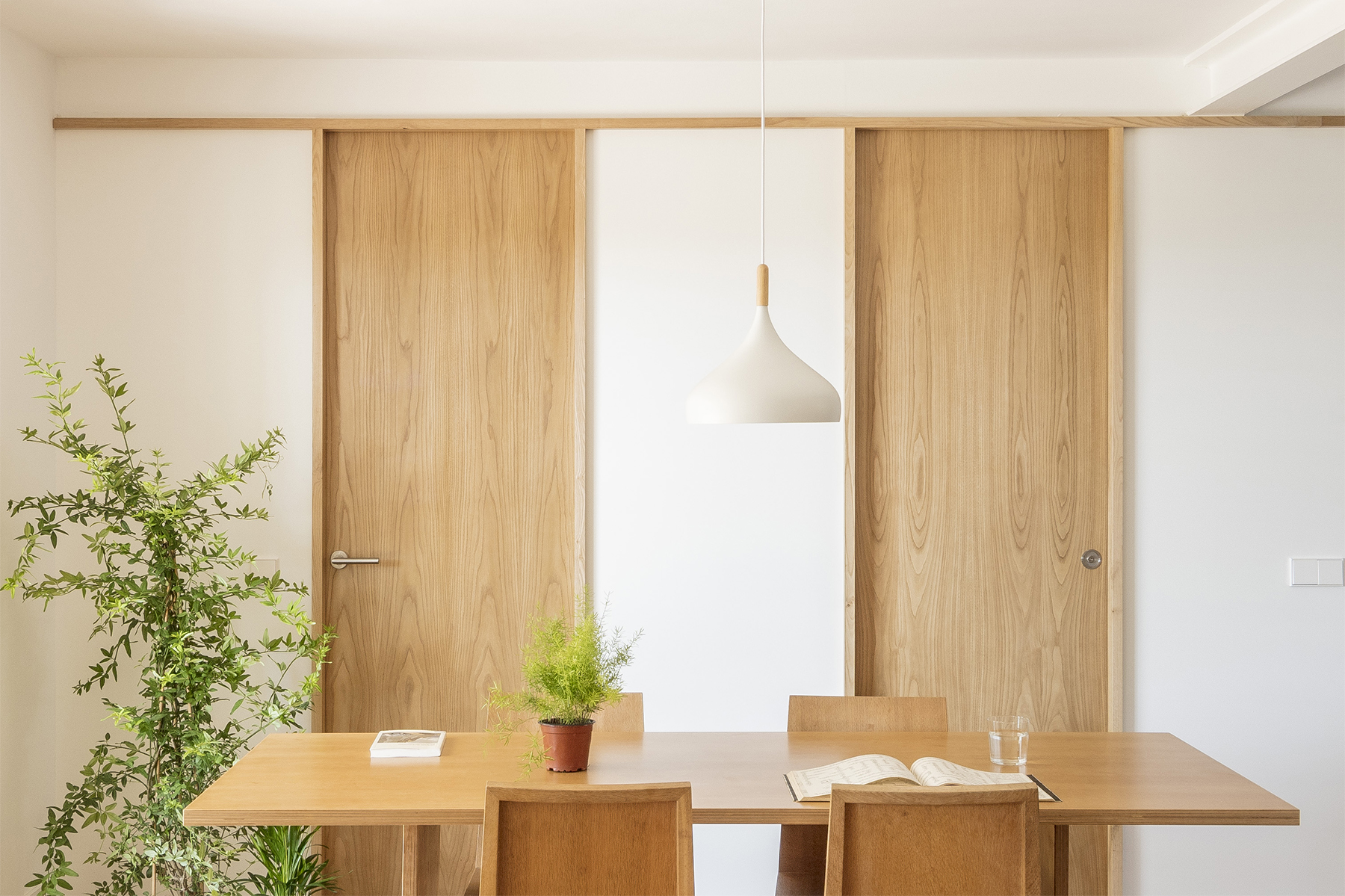 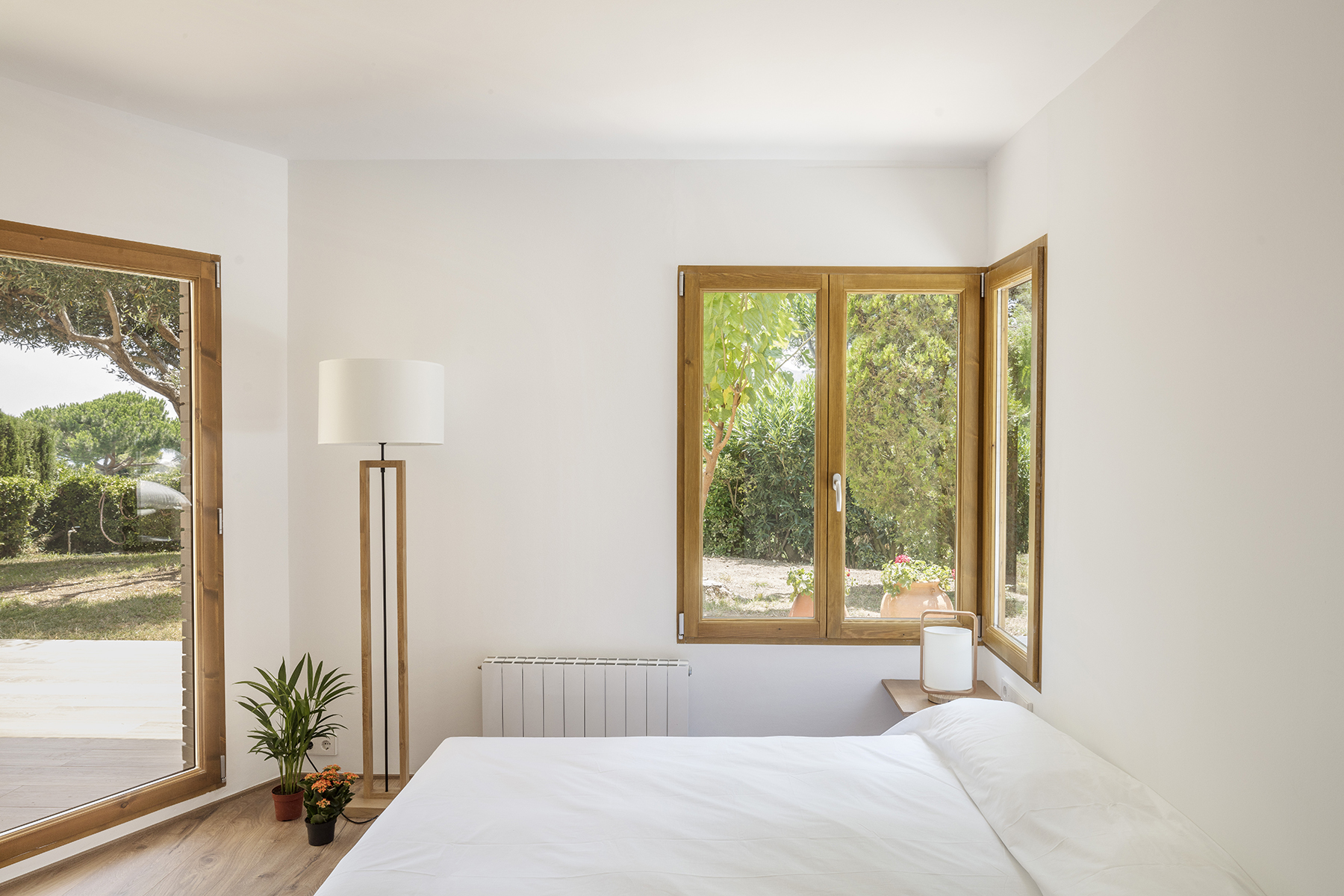 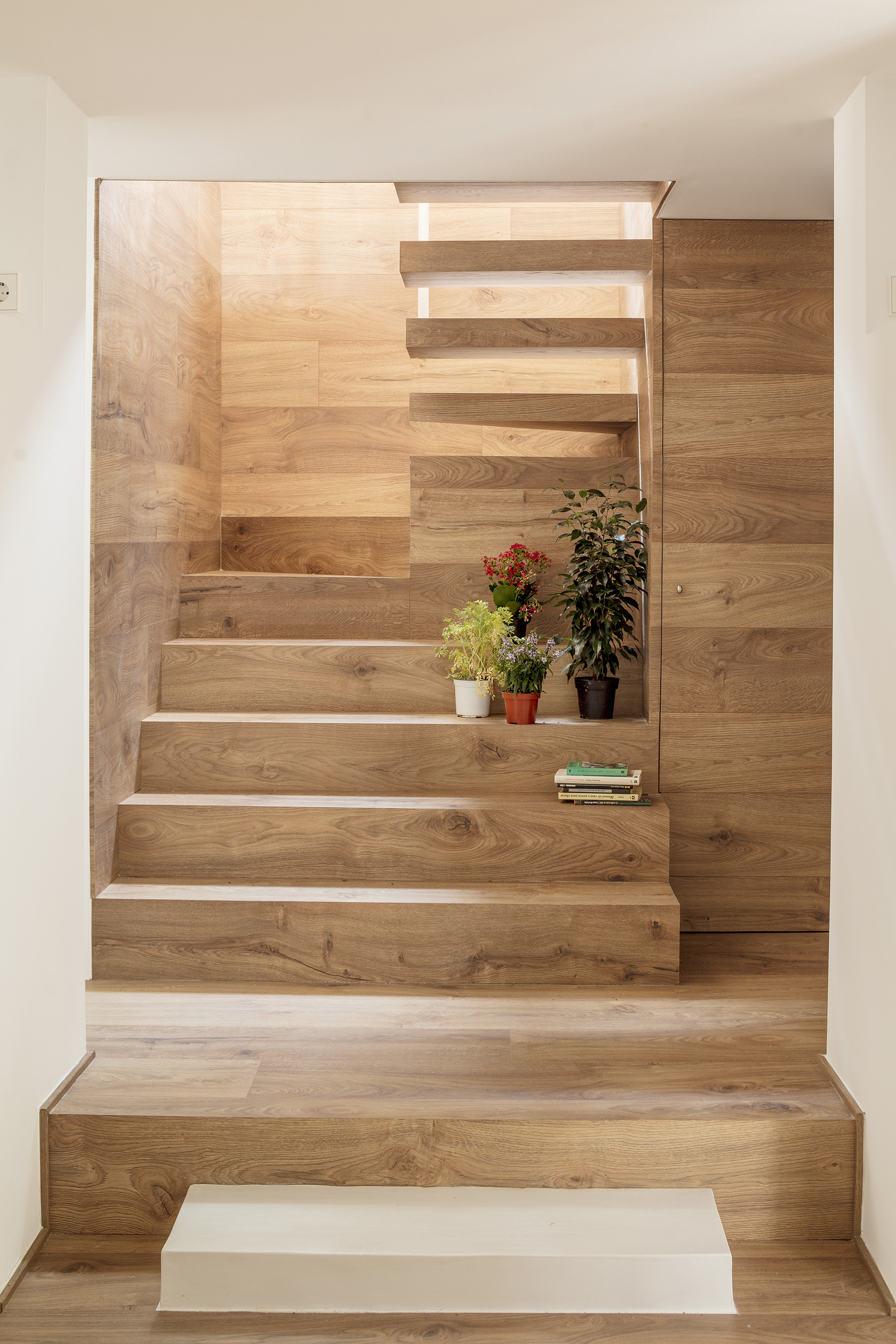 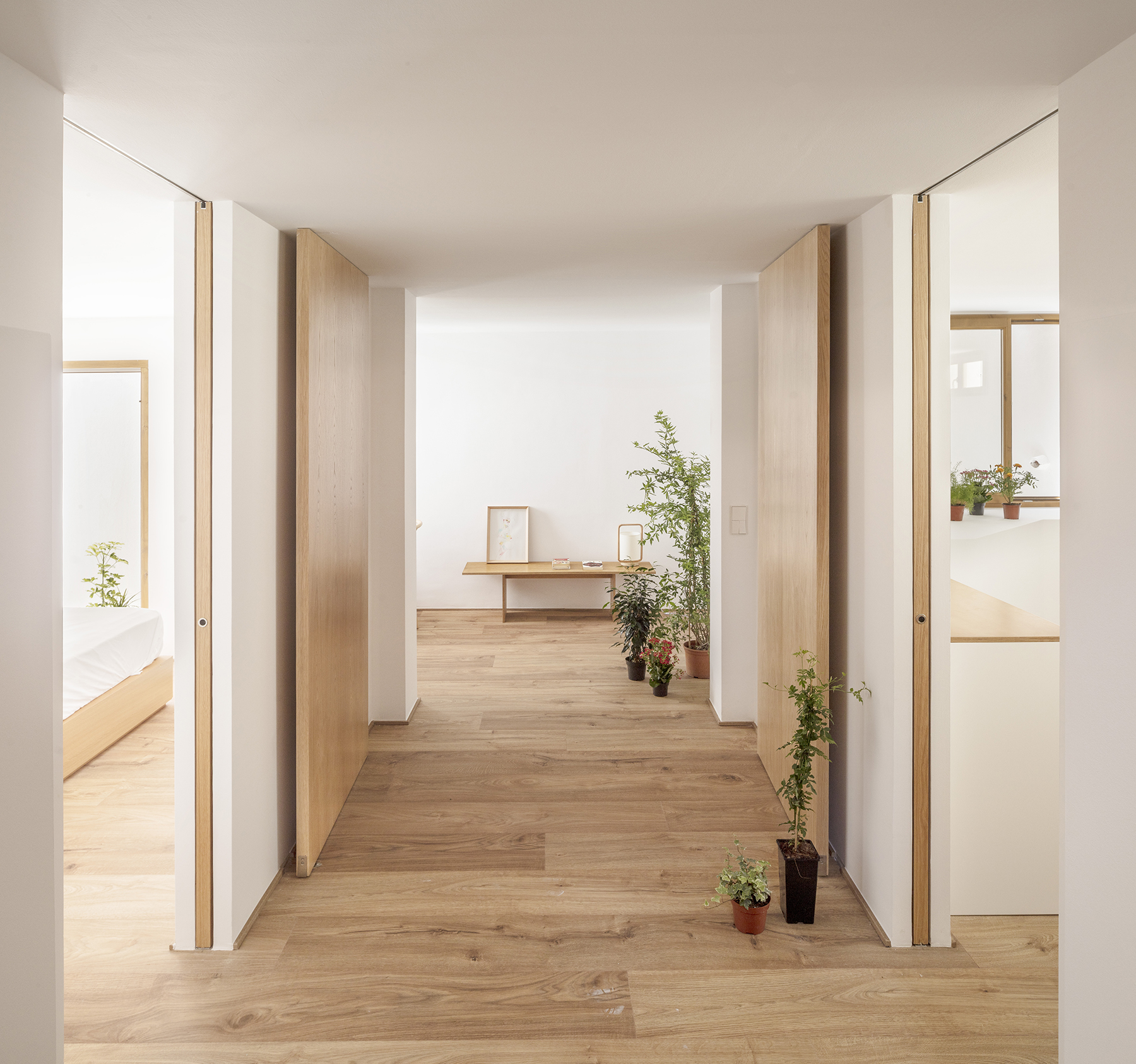 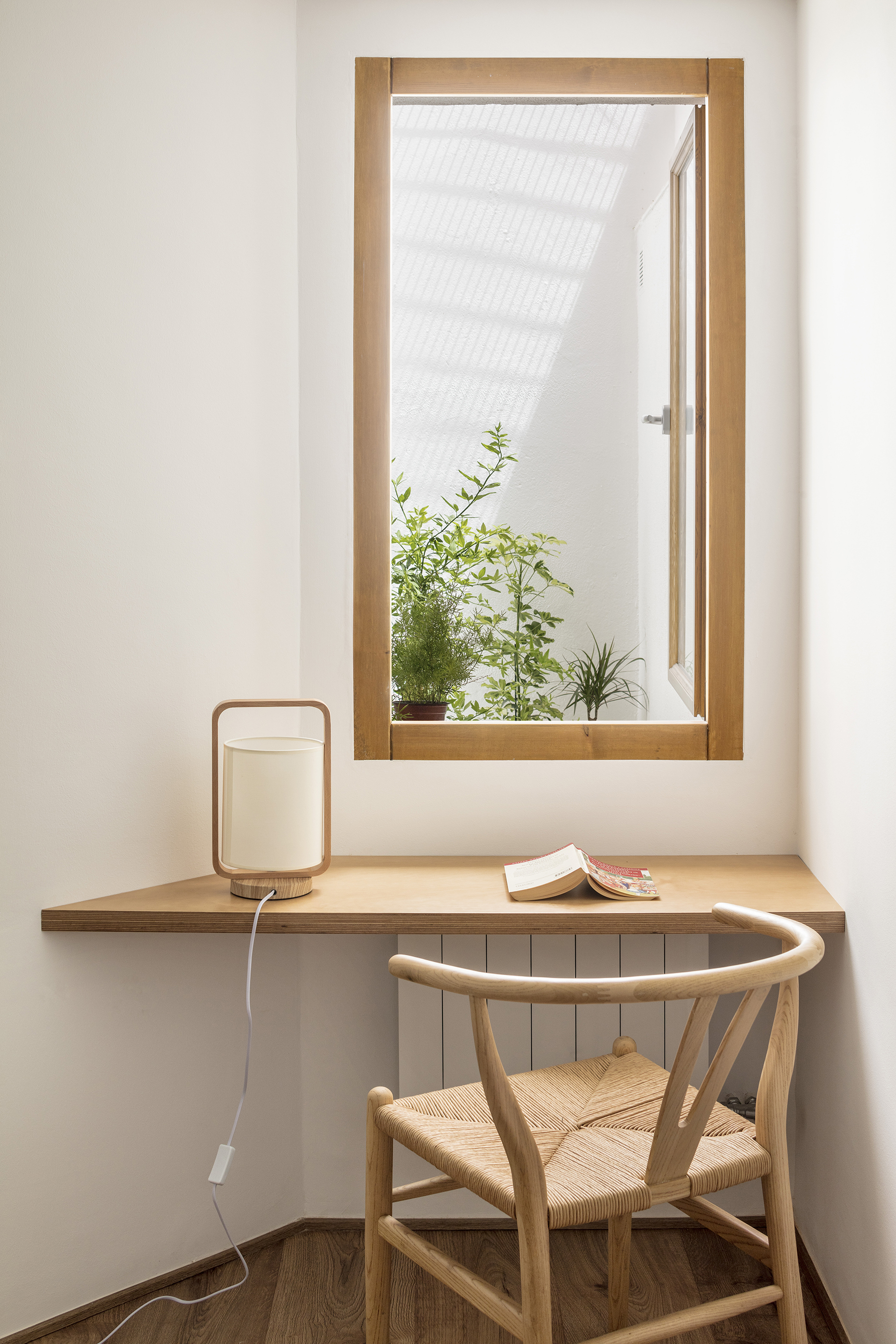 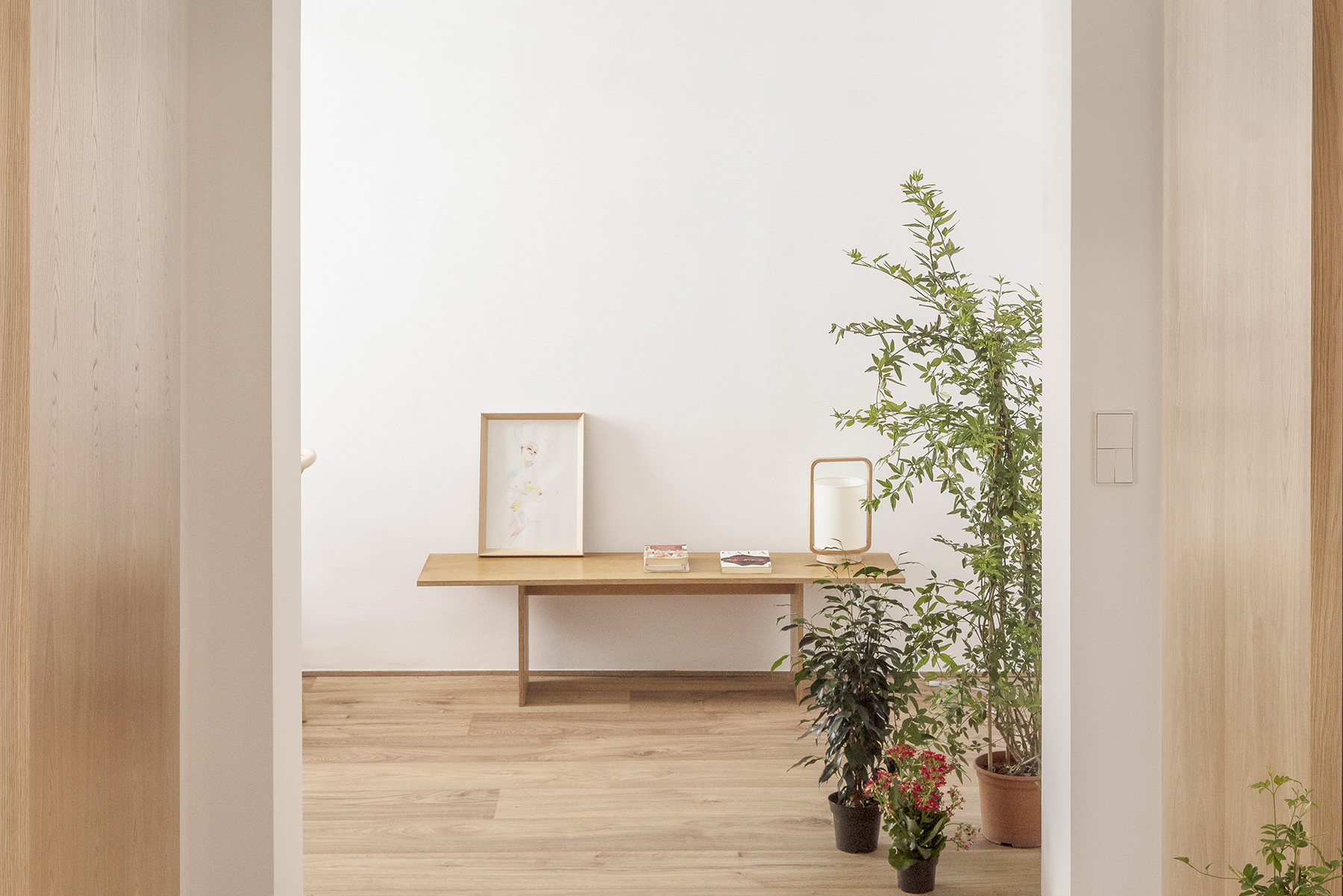 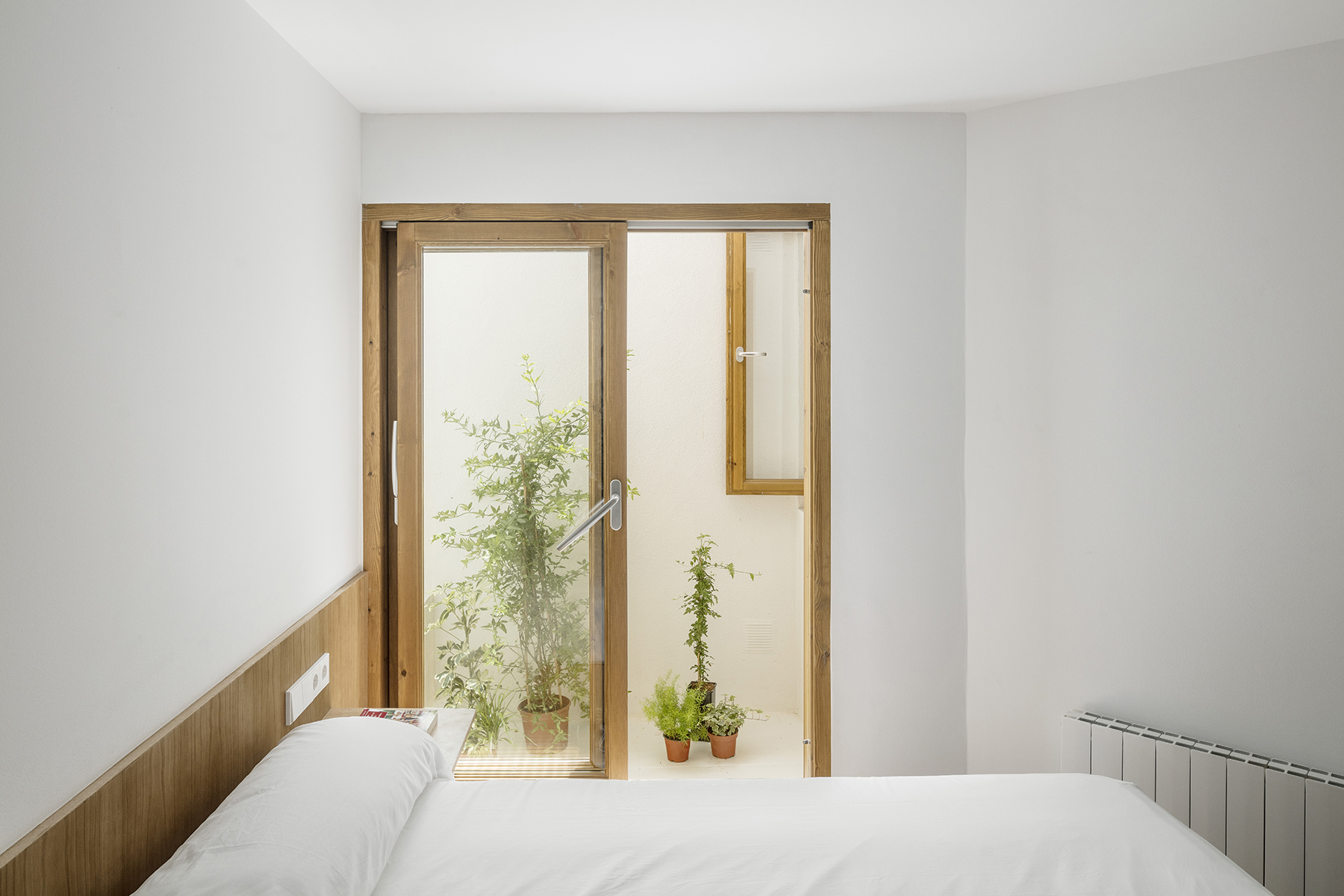 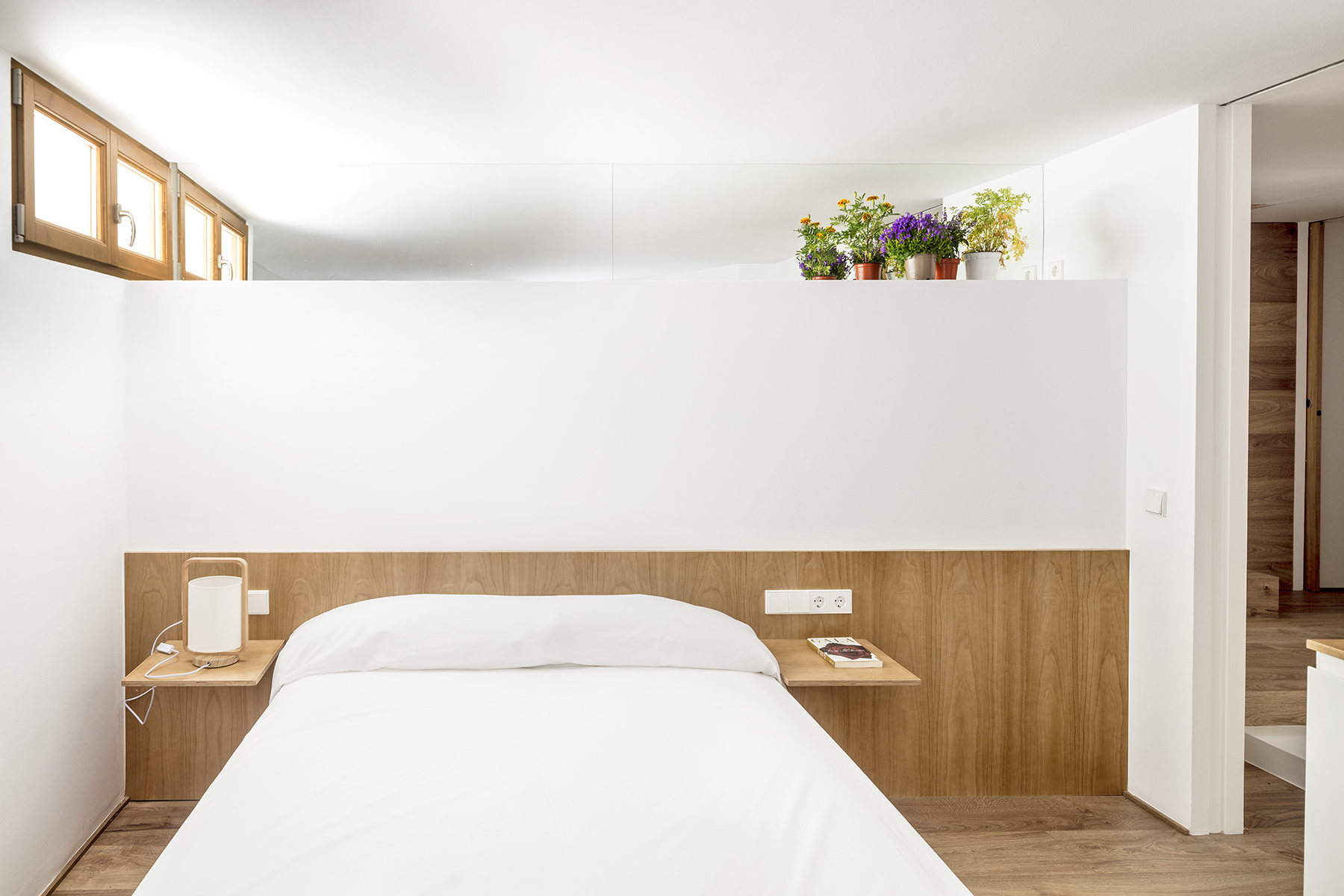 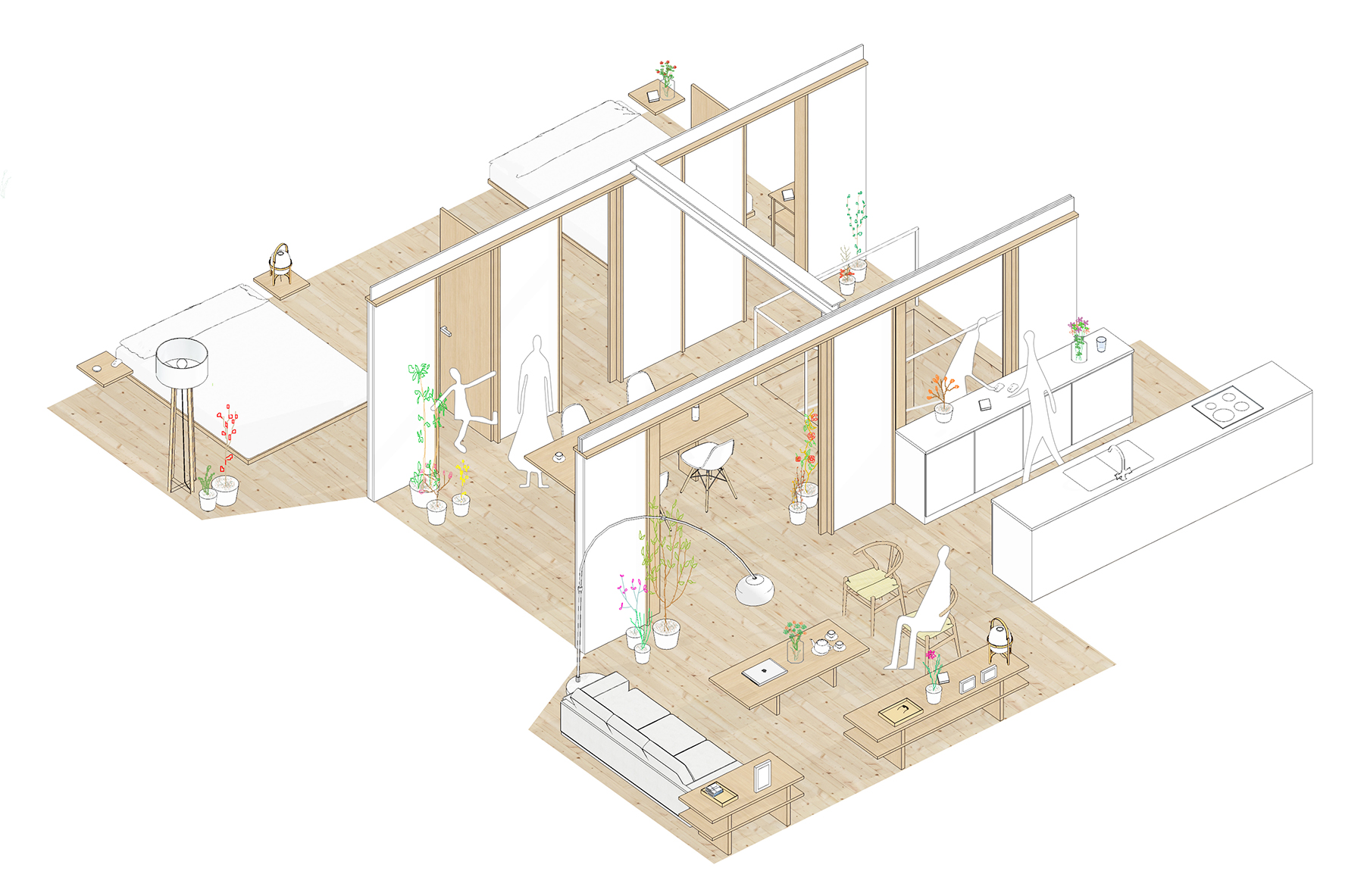 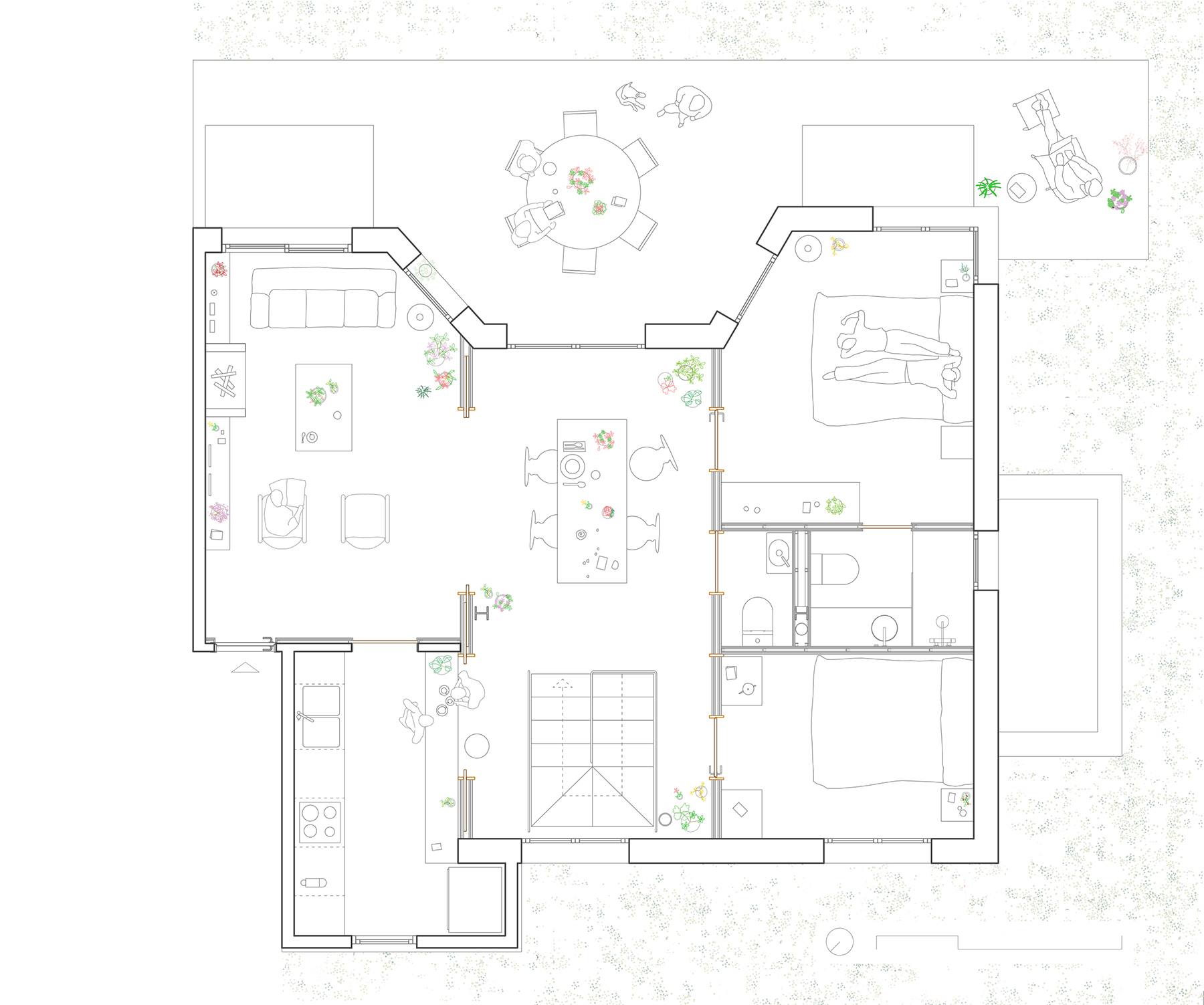 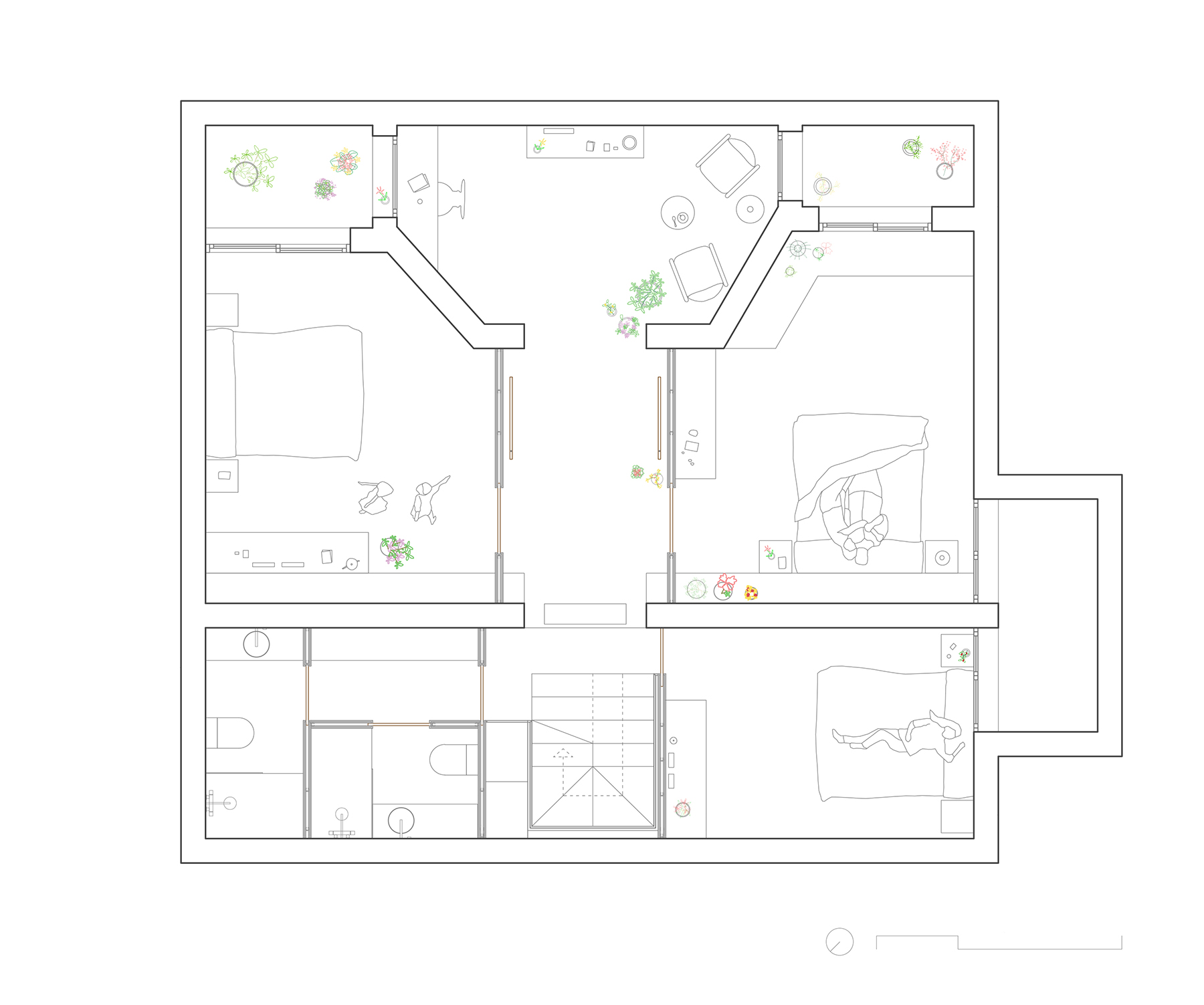 This garden apartment is located in a Begur urbanization at the Costa Brava coast. The project presents the opportunity to reinterpret the Japanese traditional house, giving rise to a new fluid and flexible spatial relationship between its different habited units. The principal idea of the project is to create a new domestic architecture where nature, wood and light merge into a unique atmosphere.

The original one-story house was completely excavated to achieve an underground floor that doubles its interior area, responding to the family needs of the owners. The three inner courtyards enabled to easily extract the soil while generating new inhabited abstract rooms, that provide light and ventilation to the basement bedrooms. The existent foundations, together with the load-bearing walls and perimeter retaining walls, define the new underground floor layout.

New partitions were built to establish a circulation area that crosses the space from the south-facing courtyards to the staircase, which captures the northern light and extends the oak pavement to the upper floor. This central space with a changeable use of living room promotes cross ventilation and the incidence of natural light, while enhancing the visual depth of the dwelling.In addition to this, the energy efficiency improves with the use of soil thermal inertia, which regulates the indoor temperature in both summer and winter.

On the ground floor, a new opening was set up by a structural reinforcing beam in the load wall, connecting the terrace and the back garden through the dining room and staircase. This intervention originates a new interstitial space that allows the creation of two facing wooden modular partitions, unifying the different house units in a harmonious flexible spatial composition. The new interior visuals, highlighted by timber frames, link the rooms to each other and the surrounding garden, while providing a greater perception of spatial depth.

In one of the divisions, the sliding doors open the living room and kitchen bar, while in the other, doors open the private units such as the two bedrooms and toilet. The design strategy, construction system and aesthetics are inspired by the partitions of traditional Japanese houses, where fixed and mobile panels known as “fusuma” create an abstract landscape. A light timber framework supports the panels; the fixed ones are white lacquered wood boards while the mobile ones are made by natural chestnut wood. The presence of these mobile elements leads to changing boundary spaces that encourage nature and light to come inside the dwelling.