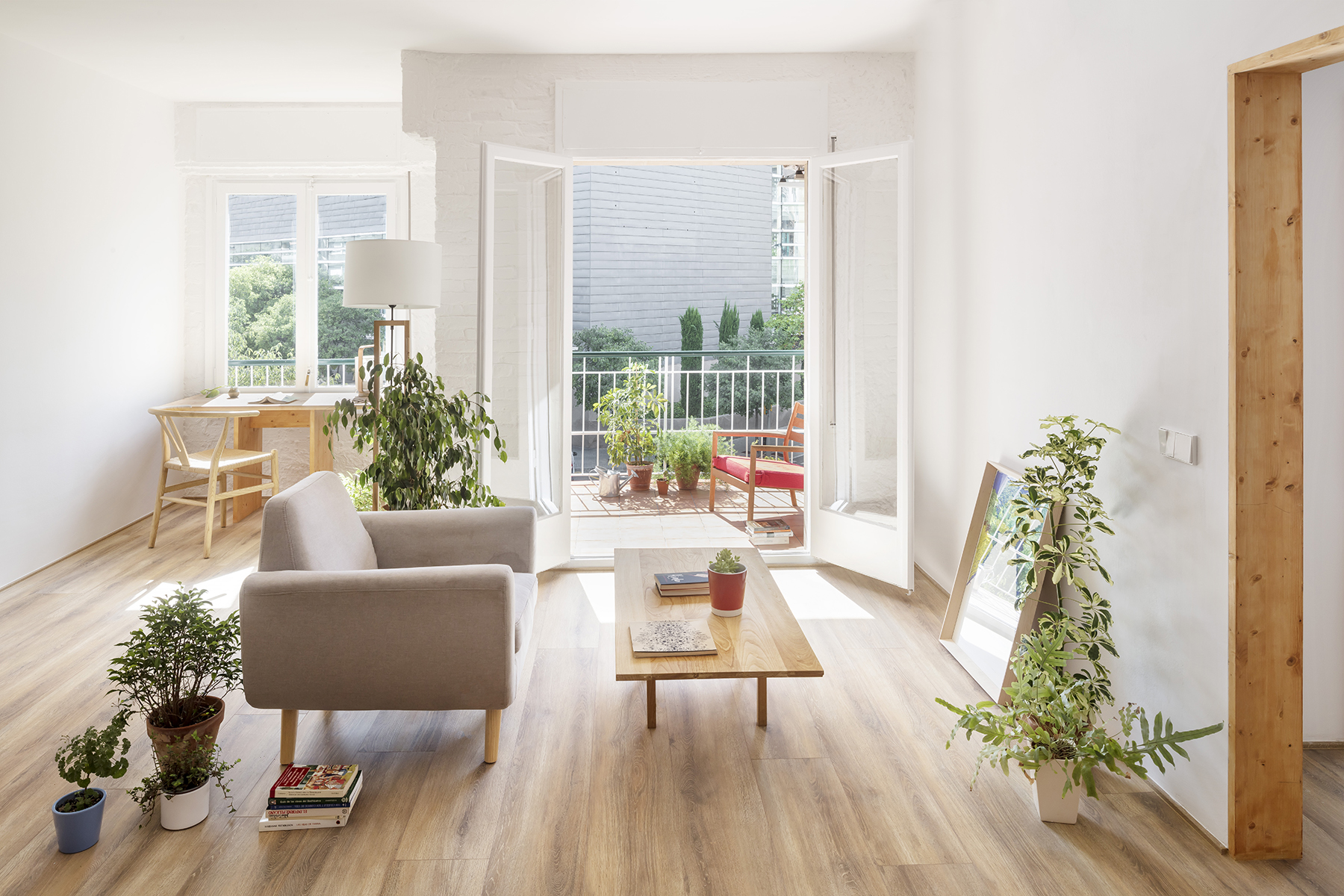 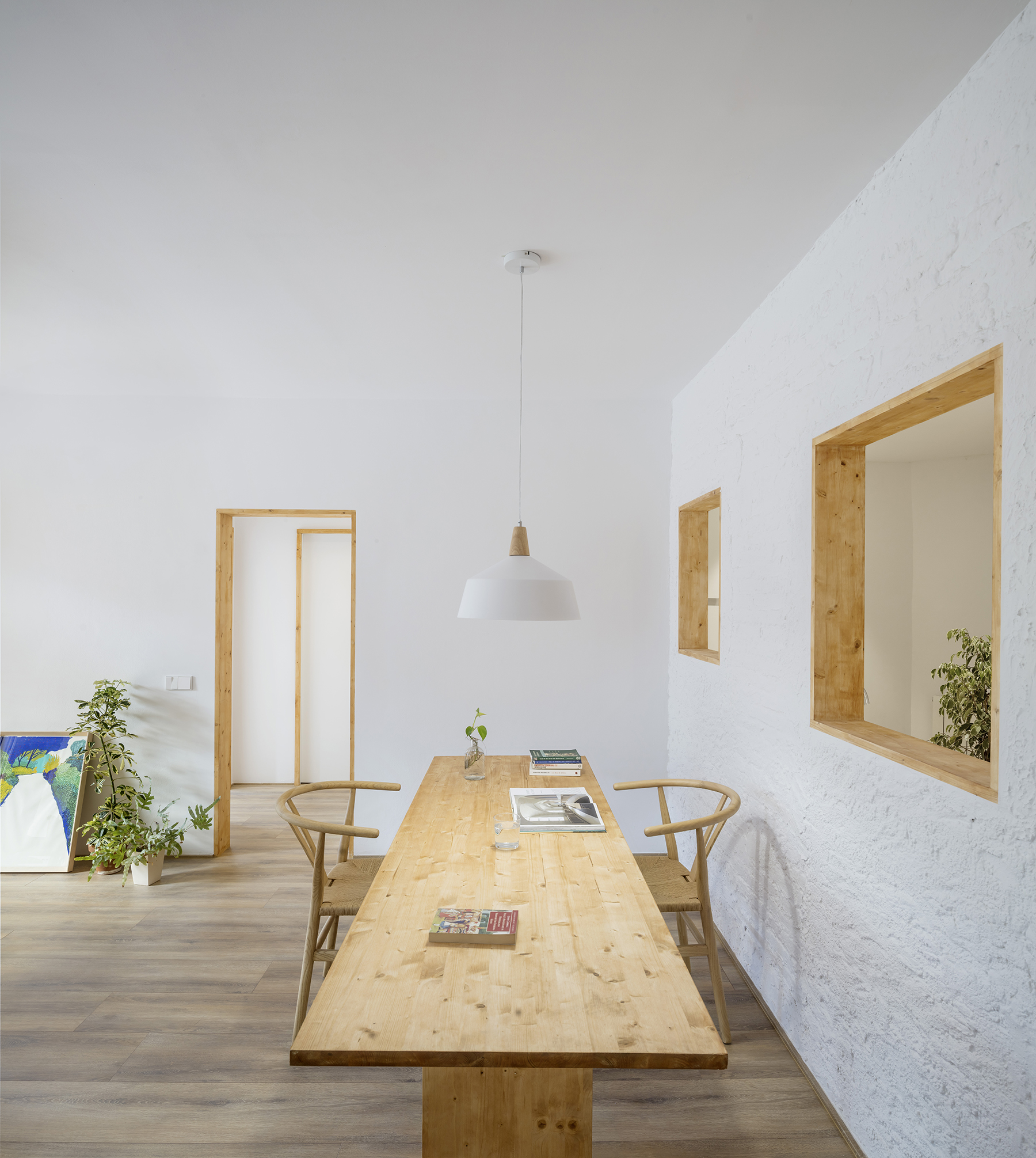 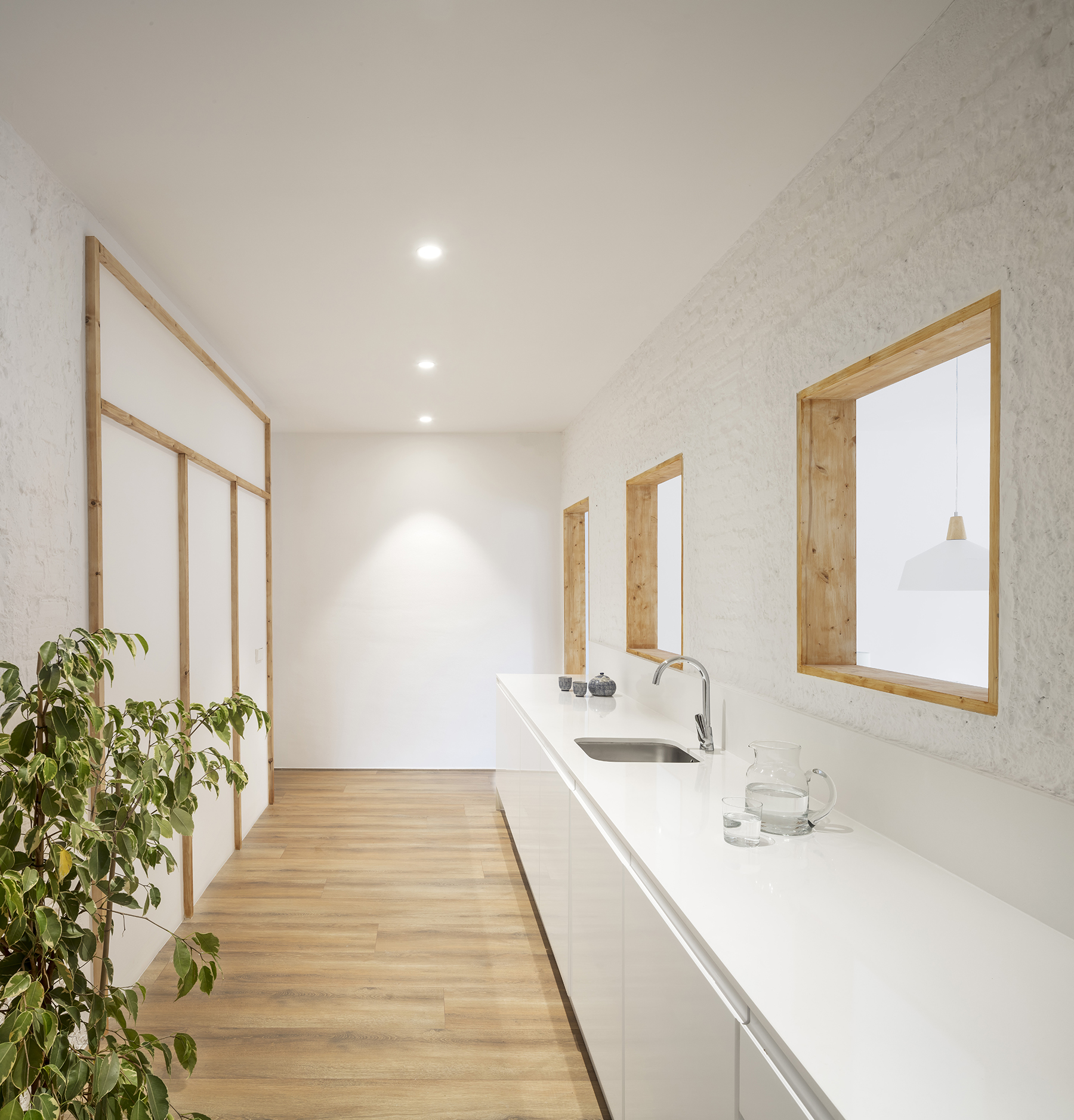 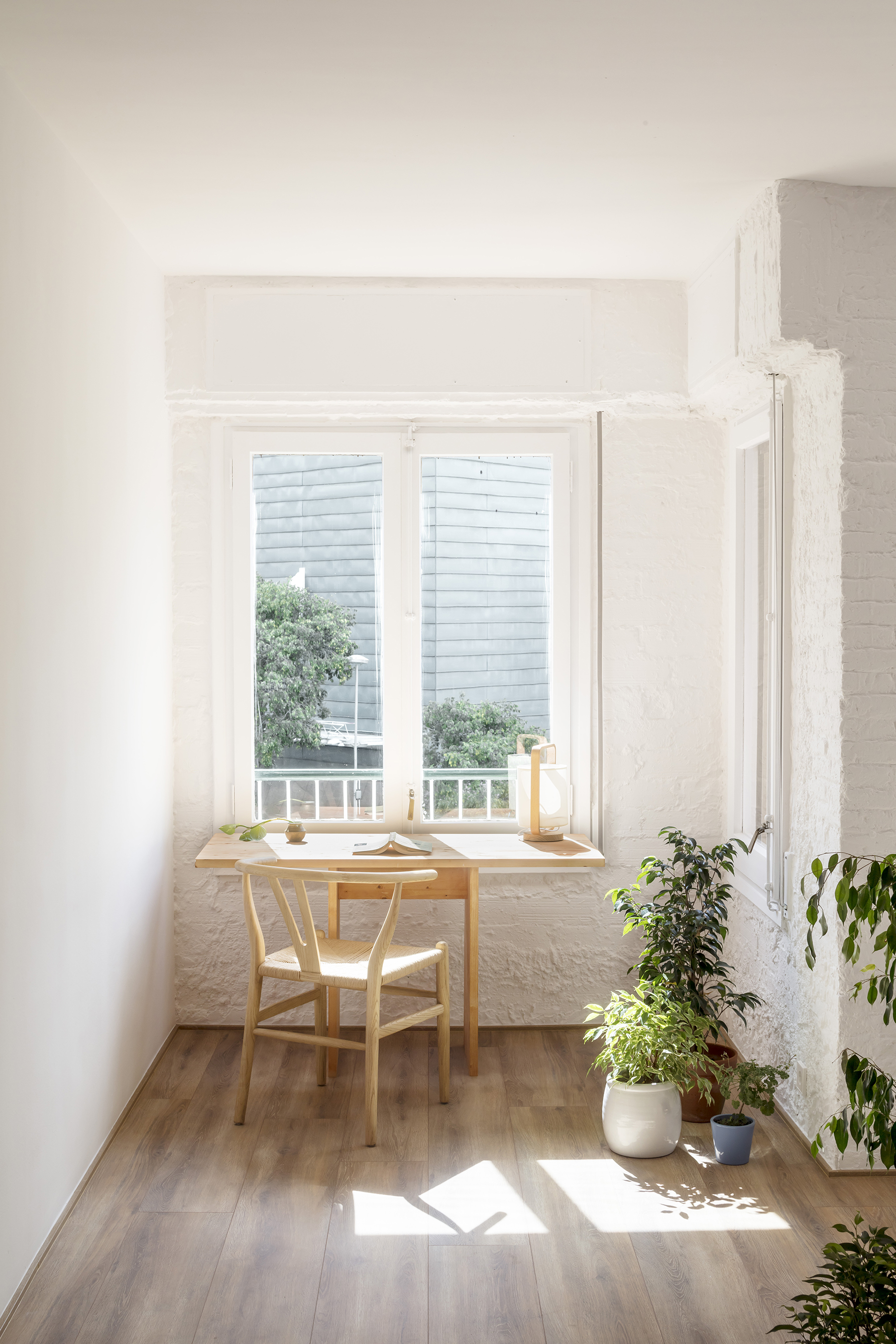 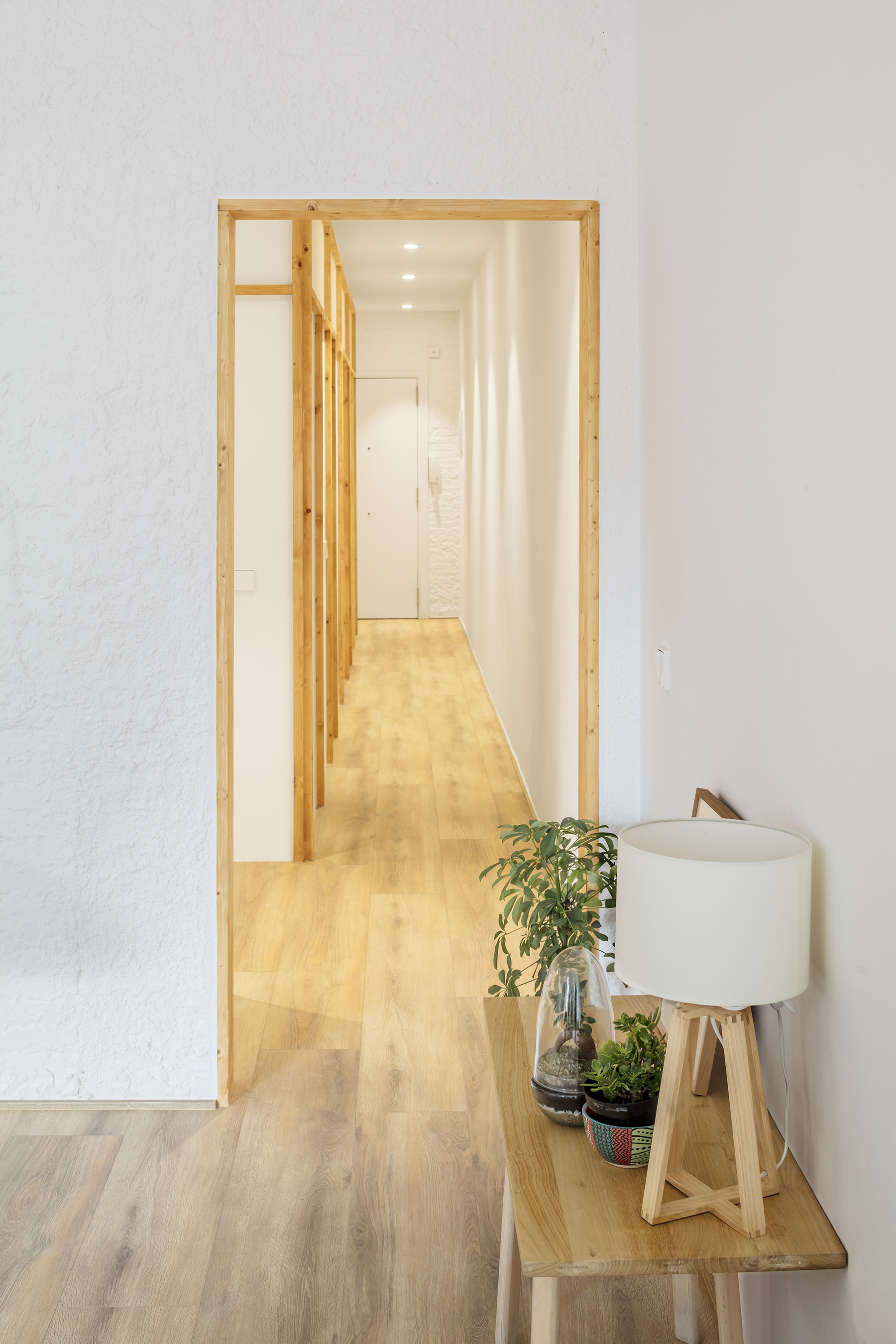 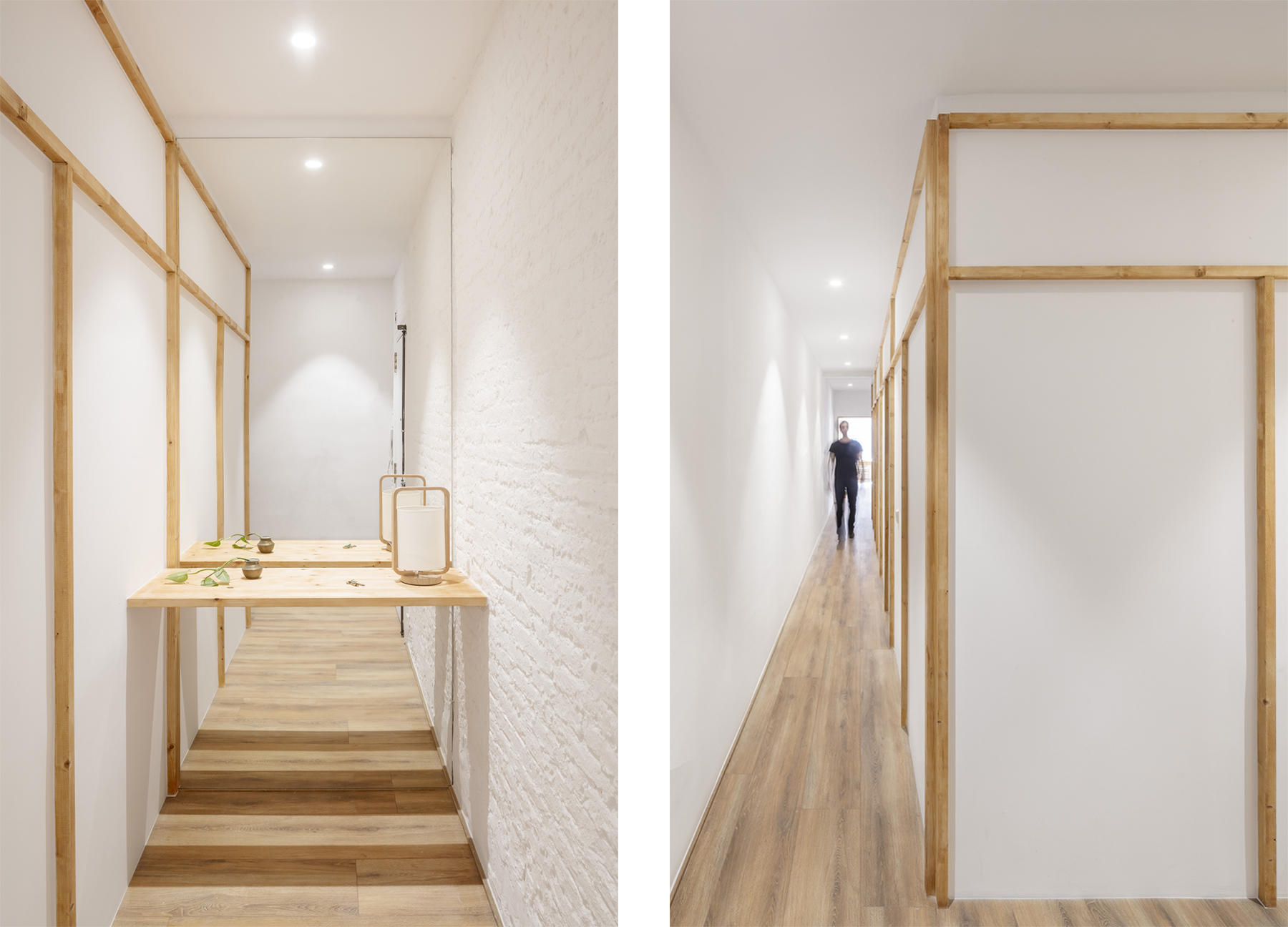 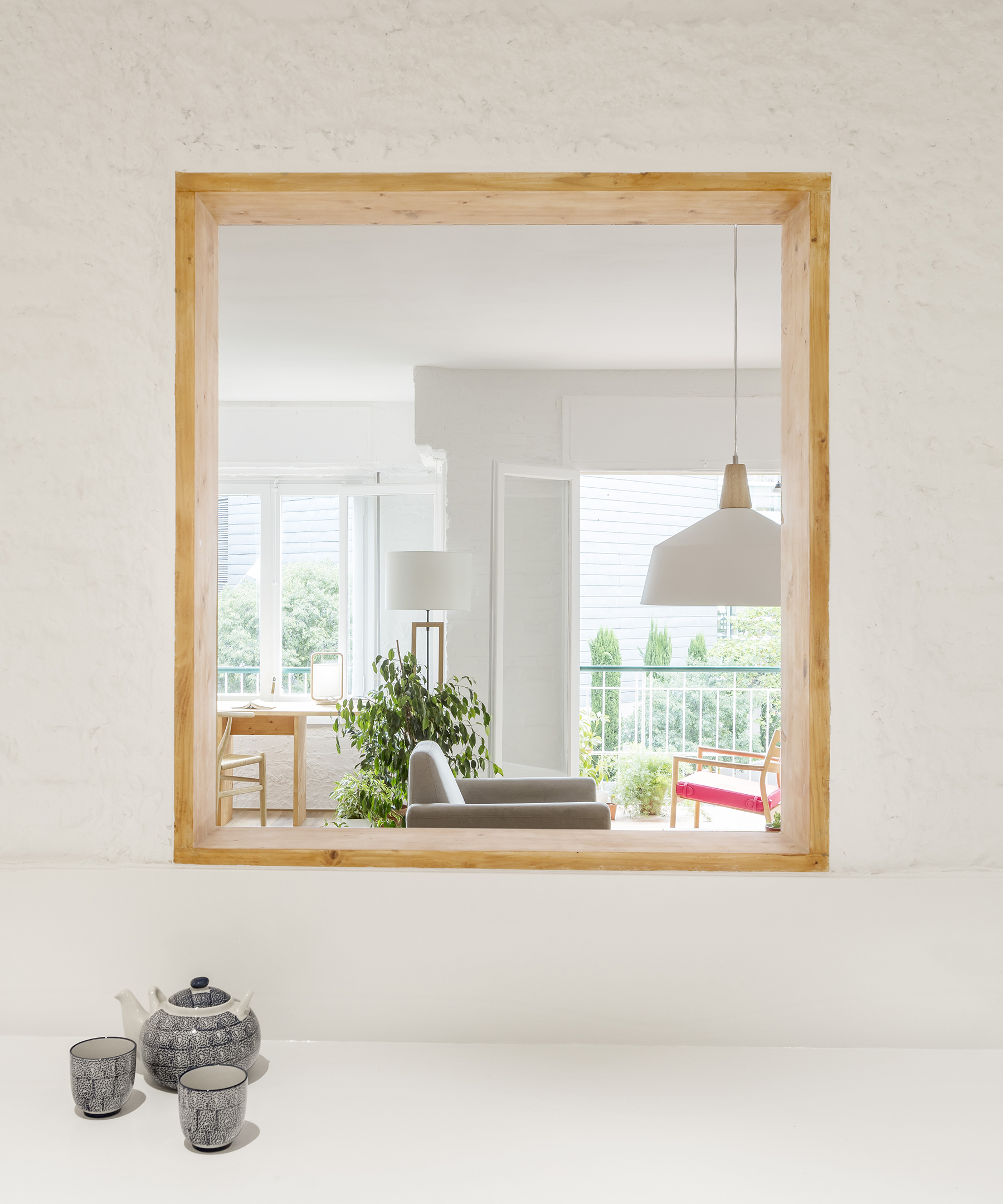 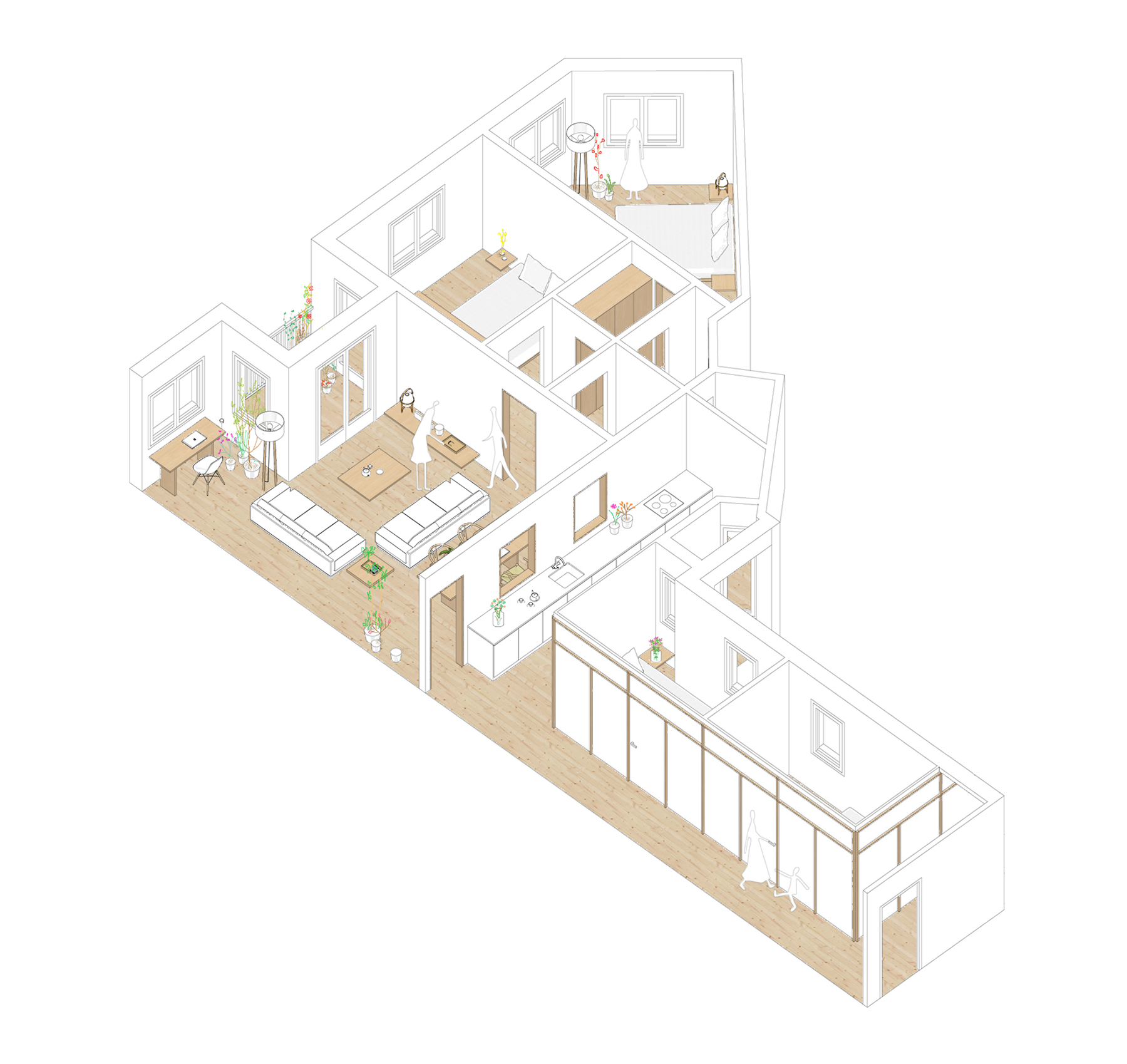 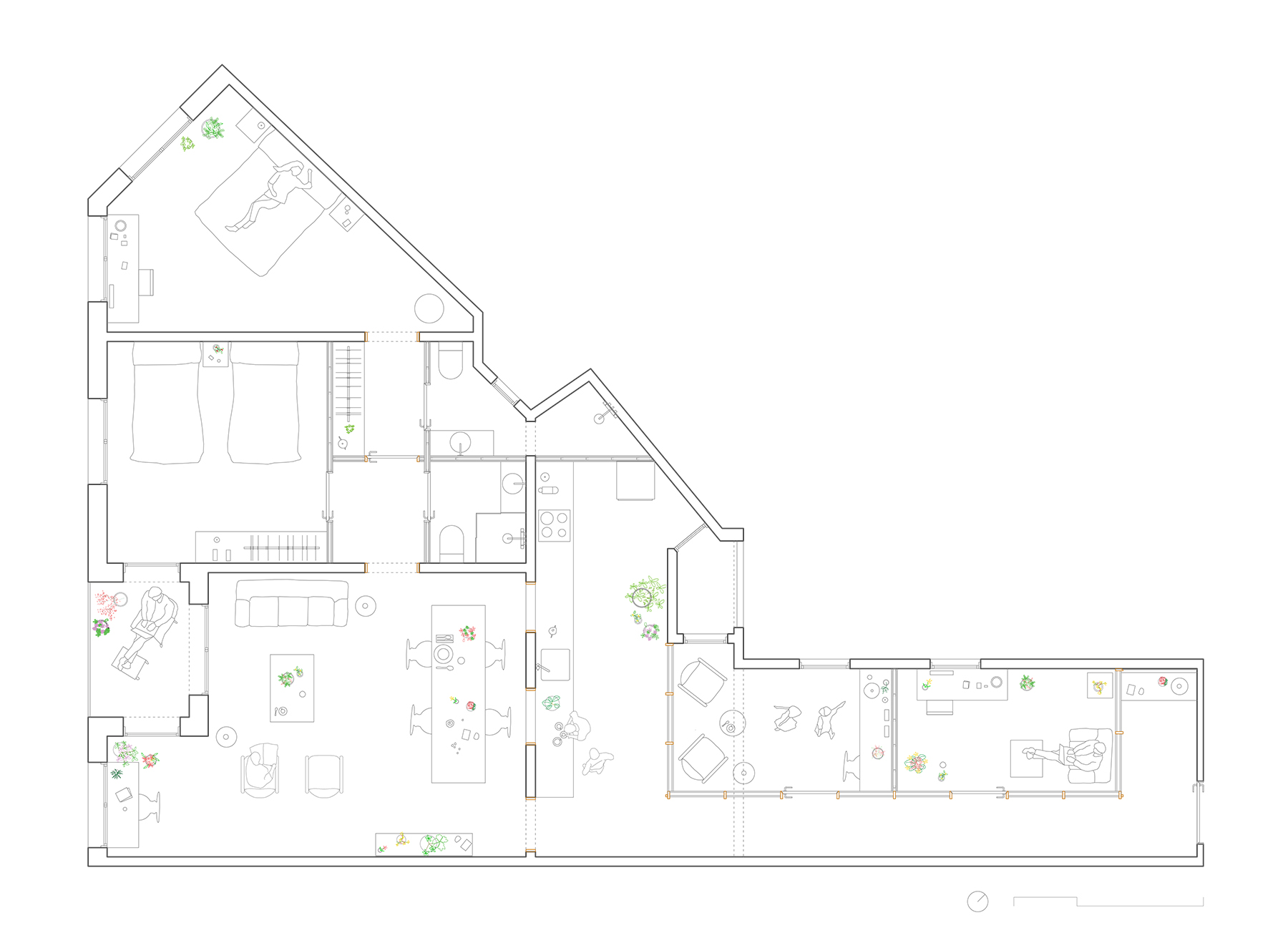 This project involves the renovation of a 105-square-meter house located at the intersection of Buenos Aires and Villarroel streets. The apartment enjoys the afternoon sun, facing west in one of the unique chamfers of the Eixample de Cerdà in Barcelona.

The intervention is the result of the new domestic needs of a family in a state of confinement. The coexistence of the daytime activities of its members required rethinking the functions of the dwelling and its rooms. All this led to the creation of two independent rooms for flexible use to study, work or exercise in isolated spaces. In this way, the project aims to generate the maximum number of rooms and thus increase the living space of users.

From the entrance, a 17-meter-deep view crosses the entire space to the living-dining area. A new volume, located longitudinally and formed by a light wooden framework, contains the new rooms for flexible use. In the hall, a mirror creates the visual game of a corridor interrupted by a table. The proportion and modulation of the panels supported by timber strips give rise to a composition that reinterprets the partitions of the traditional Japanese house.

The perforations in the load-bearing wall, which separates the kitchen from the living-dining room, were partially filled in to create new interior windows. This abstract facade, composed of wooden frames on a white painted brick wall, creates the perception that the living room is a semi-outdoor space. From the kitchen, the new, light and geometric nature of the timber framework contrasts with the old, heavy and imperfect character of the building’s load-bearing wall. The cooking space consists of a simple 5-meter-long bar that faces the outside and receives natural light through its windows.

The presence of nature in the common areas aims to expand the terrace into the house. In the same way, the wide interior visuals, the incidence of natural light in the depth of the dwelling and the existence of isolated day and night rooms create a domestic environment that adapts to the new daily reality. In response to the circumstances, another challenge was renovating the apartment in a month and on a tight budget.